Skip to content
Return to top
On this page

Chapter 1 - Setting Up The Project #

IMPORTANT: This chapter assumes that you already have installed a recent version of Node.js on your computer. If you do not have it yet, you can download it here: https://nodejs.org/en/download/

There are many different ways to create a Vue app. Here we'll be leveraging TypeScript and therefore will need to setup an project with a build/transpile process that will let us make changes and verify them in real time. You could manually create this project, install all the npm packages required, create each individual file. However, it is just much easier to do this by leveraging vite[1]

To set up the project, use the terminal and execute the following node.js command:

If you do not have already installed the package create-vite@latest[2] it will prompt you to install it. In this case, type y and then enter to proceed:

The create-vite wizard will start and will ask you the name of the project. The default is vite-project, so change this to my-vue-project and hit enter:

The second step will ask to select a framework. Use the keyboard arrows to scroll down the list and stop at vue, then hit enter:

The third step will asking which "variant" you want o use. Scroll down to vue-ts (this is for the version that uses TypeScript) and hit enter:

This will create a folder called my-vue-project which is also the name of our project. At the end it should display a message similar to this:

The first command will navigate to the current sub-directory called my-vue-project, the second one will install all the npm dependencies, the third one will serve the app locally. You'll see a message similar to this displayed:

From the web browser, navigate to the localhost:3000 address and you'll see application home page rendered: 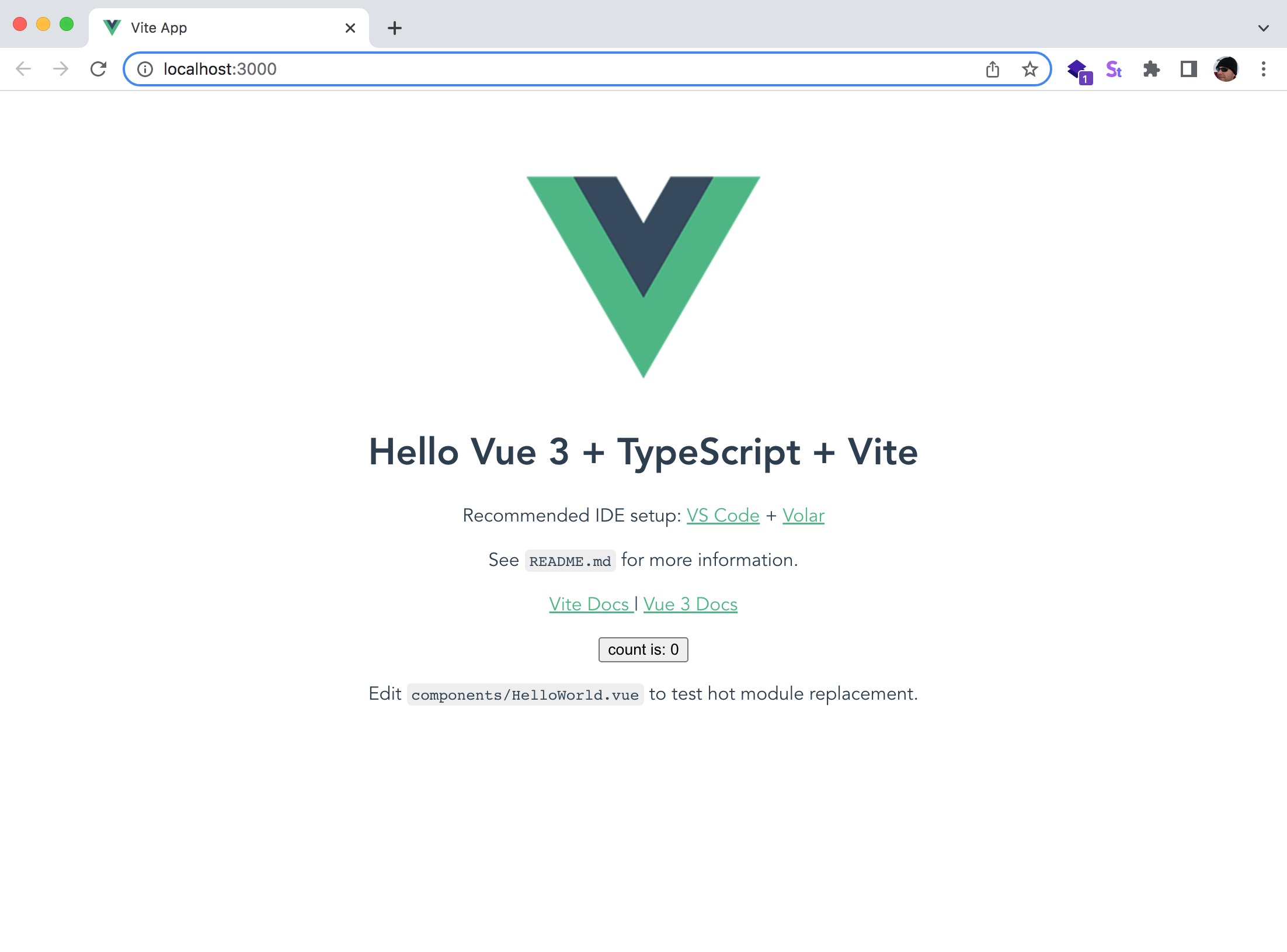 The my-vue-project has been created with the main view called App.vue and a component called HelloWorld.vue which displays some static links to additional Vue resources plus an example of a simple counter.

Based on these observations, there are a few improvements that will be making into the next chapter: